I attended the Nixon Mansion Broker Open House this last Friday. The beautifully renovated mansion, sits up on the bluff above the Truckee River, and I had the privilege of walking through the doors to learn more about the history behind it all. It’s truly an amazing property, priced at $13.9 million, and rightfully so! Today I’m sharing some personal and professional photos, and a video too ~ in hopes they capture just some of the charm of this unique Reno property.

The current owners did a fantastic job restoring the home and bringing it back to its grandeur. The Italian villa takes its name from its original owner, Nevada Senator George S. Nixon, who built the prestigious estate on just over two acres.

The majestic home originally had 33 rooms, and was one of Reno’s first residences to have an elevator.

A fire left the mansion uninhabitable in 1979, and the current owners purchased the estate in 2002, spending the last decade meticulously restoring the property inside and out.

Get a closer look inside this home:

Check Out My Personal Photo Gallery: 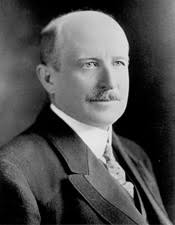 George S. Nixon was born on a farm near Newcastle, Placer County, California April 22, 1860. He was educated in the public schools of that state and worked on his father’s farm until 19 years of age when he entered the employ of a railroad company and studied telegraphy. In 1881 he was transferred to Nevada where he was employed for three years as telegraph operator for the Carson and Colorado Railroad. In 1884 he went to Reno where he was associated with the First National Bank, later known as the Washoe County Bank. In 1886 he moved to Winnemucca where with F. M. Lee of Reno he organized the First National Bank. With his family he moved to Reno in 1906 where he built an imposing residence on the banks of the Truckee River. He was elected to the United States Senate January 25, 1905. He was re-elected to the Senate in January 1911. During the mining excitement in southern Nevada, Mr. Nixon became associated with George Wingfield and they reaped a fortune from the mines, organizing the merger known as the Goldfield Consolidated Mines Company. They established the John S. Cook & Company Bank in Goldfield. He had extensive realty interests in the city of Reno, in Winnemucca including the Nixon Opera House which he donated to Winnemucca as a parting gift to his home city and other parts of the State. His estate was estimated at between $2,000,000 and $3,000,000. Senator George Nixon died in a local hospital in Washington D. C. June 6, 1912 of spinal meningitis.

I hope you enjoyed reading about the Nixon property as much as I enjoyed visiting! It was such an honor to peer inside history and learn more about the place and the person behind it all.