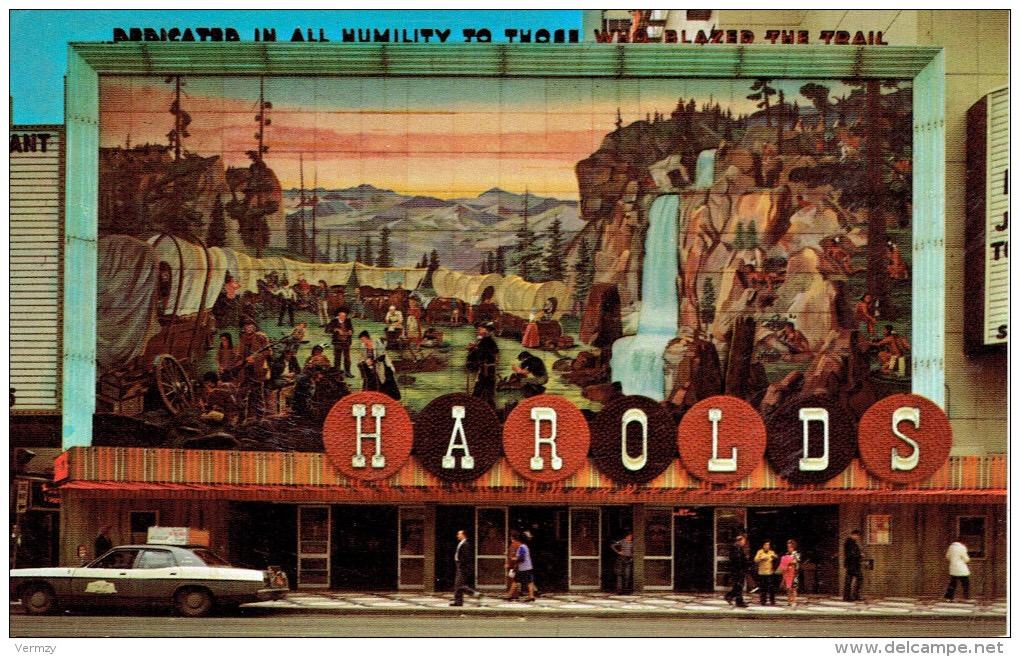 When I came to the University of Nevada in 1981 we would venture downtown often. The mural on the Harold’s Club wall caught my attention immediately. I’ve always been fascinated with the Wild West and this mural depicts it in an amazing way. Not sure if everyone knows, but the Harold’s Club Mural is an iconic painting that was commissioned to honor the pioneers of the Old West. For 50 years, the mural looked down on Reno’s main street but after Harold’s closed in 95′, Harrah’s bought the property to implode it for a plaza, and the mural was dismantled and placed in storage. 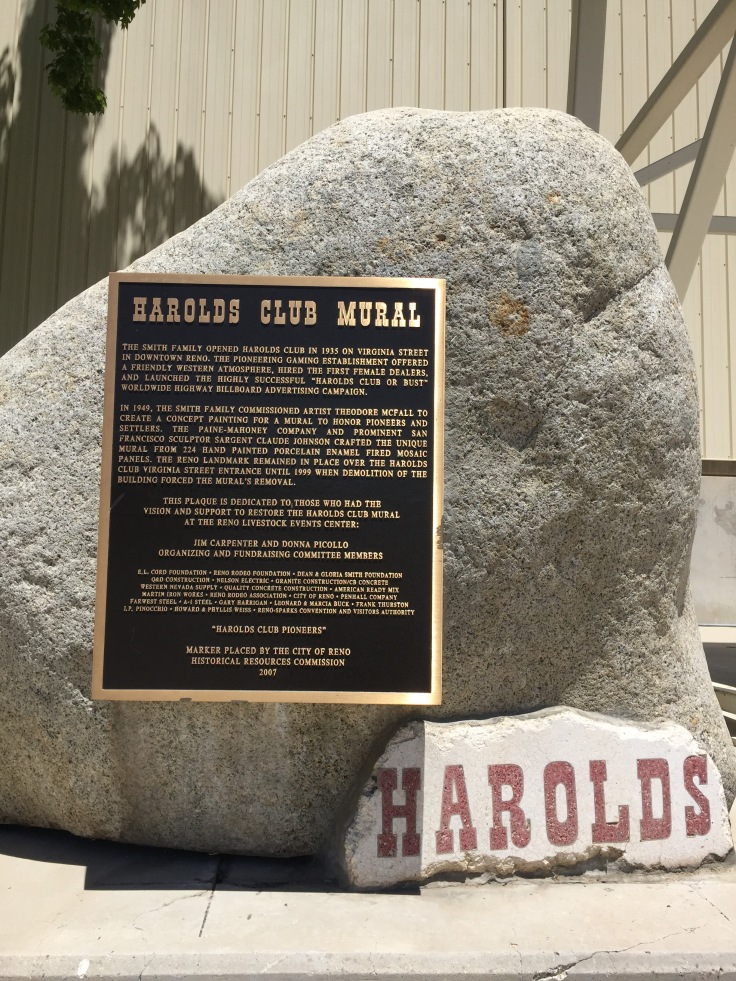 After much debate between city council and local citizens, they never could decide on a new place to display the mural until 2007, it was  relocated to the Reno Livestock Events Center. I always thought that this was an odd spot for such a beautiful piece of art. When I went by to visit the mural I read the monument that was placed on a granite boulder when the new home was created. I realized after that a lot of hard work, money and effort went into the restoration and preservation of this wonderful piece by many concerned citizens.

Maybe one day in the future our city fathers will move the mural back to the downtown area for all to enjoy. For now get yourself a ticket to the rodeo or do what I did and just go by and take a close look, it’s brilliant!

Check out this spot in downtown Reno. I think this would be a great place to move the mural to one day. 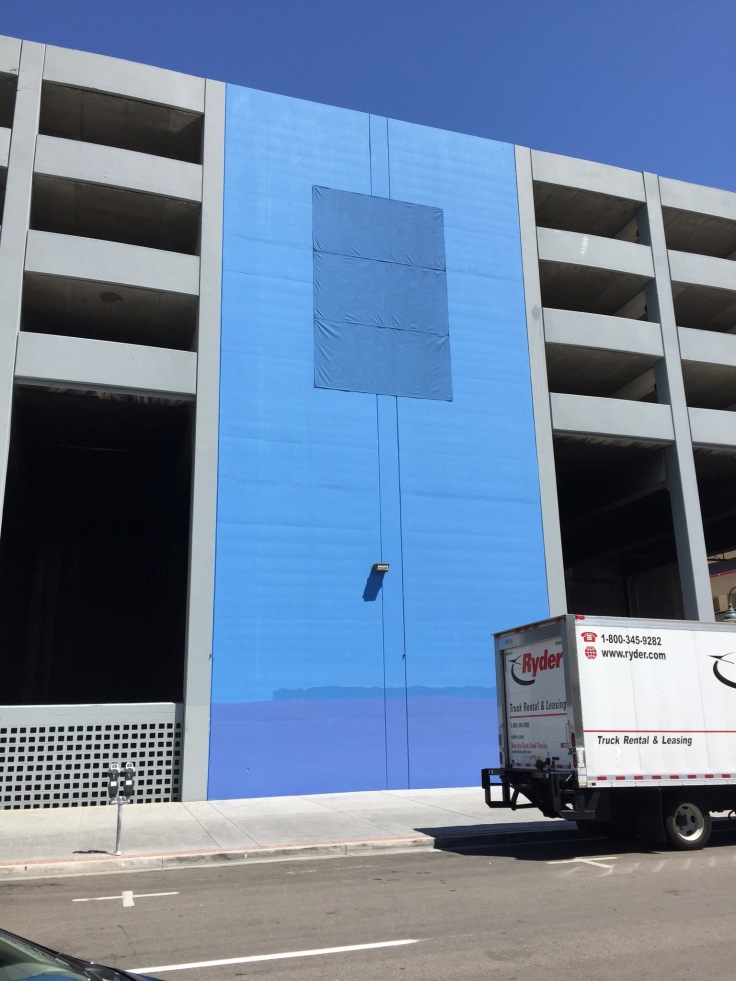 It’s located right across the street from where the Harold’s Club was originally located on Commercial Row and Virginia Street, and the south wall to the old Fitzgerald Casino’s (now the Whitney Peak Hotel) parking garage. 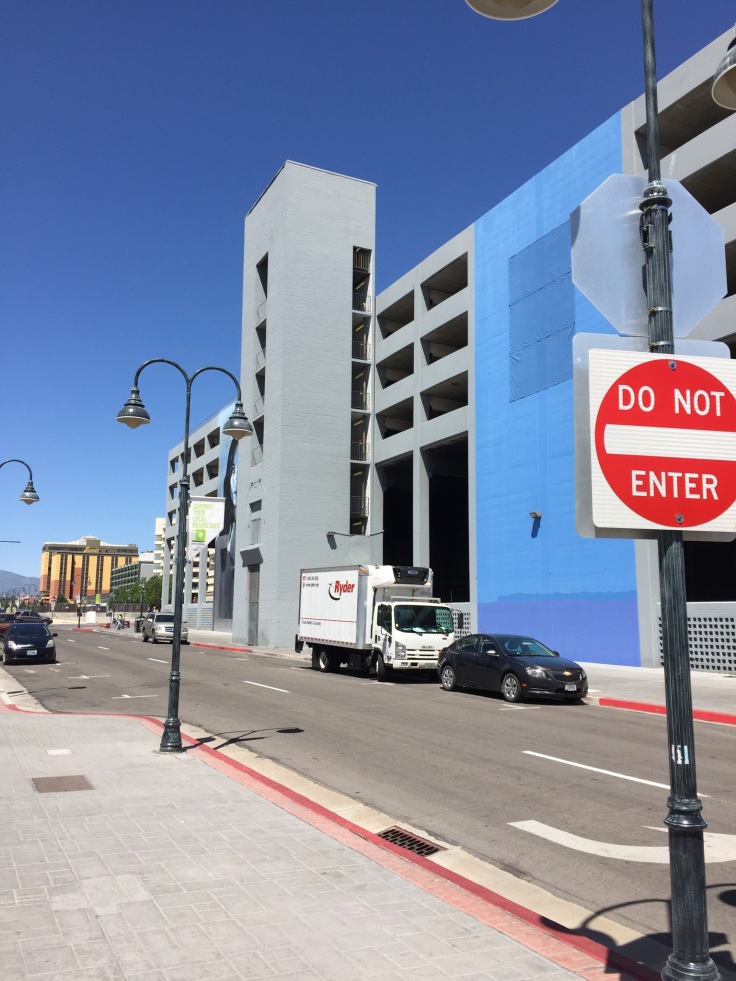 When I parked cars at Harrah’s Casino in the early to mid 80’s Harold Smith, the son of Pappy Smith (Harold’s Club founder), would drive in every day around lunch time in his big white Cadillac Eldorado, I believe, always in a fine hat and dressed with a western flare. I wish I would have asked him about his fondness for the mural.

Who agrees, this would be the PERFECT spot to display the amazing Harold’s mural? Comment below to share your thoughts!